About Us
Governance
Executive Board 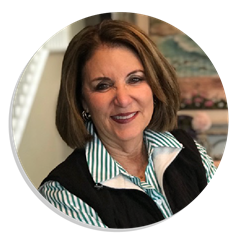 Chair (United States) Mediator & Community Conflict Consultant; Member of UWC International Council and Nominating and Governance Committee.
After a long career in the Hollywood Entertainment industry as a studio executive, award-winning producer, and partner in a production company, Susan shifted focus to the world of conflict engagement as a mediator and conflict consultant. Her extensive mediation training and professional practice have been in the areas of community relationships, business and marital partnerships, juvenile restorative justice, and elder mediation work as well as grief and loss-- elements often present in relational fractures. Susan has been recognized by the Southern California Peace Officers Association, the Los Angeles City Council, and the California State Assembly for her work to create positive, working relationships between community members and public agencies.
In addition to her professional work, Susan has, for 40 years, been a human rights and peace activist and a political and community organizer.  Her work has ranged from serving on the Board of Sojourn, one of the earliest shelters for battered women in Los Angeles, to founding a special tutoring and enrichment program for low-income elementary school children which brought together those in the entertainment industry who wanted to work one-on-one as a mentor and tutor for young people.
It is no surprise that when Susan has introduced to the UWC Movement 14 years ago at UWC-USA, it resonated deeply with her. It only took a four-day intense visit with the students at the school to convince Susan that the vision and mission of UWC were critical to restoring a broken, hate-filled world. Susan became a regular volunteer at UWC-USA’s Bartos Institute for the Constructive Engagement of Conflict, working with Dr. Selena Sermeño. Selena brought Susan to UWC Costa Rica in 2010. They organized 2 special Project Weeks in El Salvador, bringing UWC Costa Rica students and Salvadoran rural teens together to understand the challenges facing teens in post-civil war society and to promote cross-cultural friendship as well as building leadership and conflict engagement skills.
In January 2013, Susan joined the Board of UWC Costa Rica and became Chair in April 2013, bringing her diverse experience to this role. She is a member of the UWC International Council and serves on the UWC International Nominating and Governance Committee.
Susan holds a BA and MA in Broadcasting and Communications from the University of Florida. She is an avid traveler and explorer, with a particular love of wildlife observation and wildlife rescue, indigenous cultures, and photography. Susan enjoys mentoring many young people, including our UWC Costa Rica alums, and is an “auntie” to a group of very special children in her life. She lives in Los Angeles, CA with her husband Tom and their rescue dog, Eddie.
Back