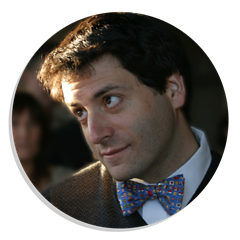 (United States) Portfolio Manager and investor.
Michael Stern is a 1989 graduate of UWC-USA and later served as one of its trustees and head of the investment subcommittee. He has split his career between software entrepreneurship and the management of investments, most recently as president of Empowerment Capital, a firm that invests in start-ups that have recurring revenue. As of this writing, the firm is tracking several companies founded by UWC graduates for possible investment.
After UWC, Michael earned his B.A. with the highest honors in government from Harvard College, with concentrations in game theory and international relations.
Michael has followed the development of UWC-Costa Rica since the school was founded, and was supported in joining the board by Tom Dickerson, with whom he served on the board of UWC-USA and shares an interest in venture-stage companies.
Michael was amused to find his name disclosed in the Wikileaks cables in connections with his efforts to invest in Rwanda.
His children are still too young for UWC.
Back

United World College Costa Rica is a non-profit foundation offering a two-year residential pre-university program focused on experiential learning. Our mission is to educate a diverse group of people to become happy, healthy and committed individuals, capable through their leadership and engagement, of fostering positive change in their communities in order to contribute to achieving a more sustainable and peaceful world.
UWC Costa Rica © 2019 - All Rights Reserved