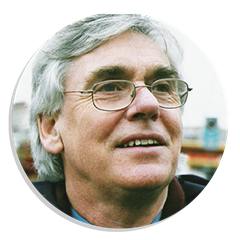 (United Kingdom) International Baccalaureate Organization – former Director-General and former Board Chair of Examiners; United World Colleges International, former Board Chair.
Derek is British and lives in the beautiful Weald of Kent, an Area of Outstanding Natural Beauty. Until he retired he was Professor of Psychology at Cardiff University Wales, where he also served as Dean of Economic and Social Studies. His academic interests were in the experimental analysis of behavior, in which field he wrote or co-authored nine books, 30 book chapters, and more than 120 research papers. He is a Fellow of the British Psychological Society, of which he was President (1981-82). From 1992 to 1998 he was the only British member of the Executive Committee of the International Union of Psychological Sciences, the organization which coordinates the scientific and professional interests of all affiliated national psychological associations throughout the world.
After serving as the Chief Examiner for Psychology for the International Baccalaureate Organisation he became Chair of the Examining Board in 1993.  In 1998 he was asked to assume the role of Director-General of the IBO, and in 1999 he reverted to being a member of the Council of Foundation, from which he retired in 2001.
Derek has extensive experience in the United World Colleges movement.  He was a member of the International Board (2002-2012) (Vice Chair 2004-2006, 2007-2012; Acting Chair 2006-2007). He has played many ad hoc roles, including chairing the steering group which established UWC Costa Rica in 2006, participating in reviews of many UWCs, and evaluating possible new colleges, including in Spain, Germany, Thailand, and Israel.  He was a member of the Council of Administration of the UWC of the Adriatic in Trieste, Italy (2001-2012) and a member (2009-2018) of the Governing Council of Waterford Kamhlaba UWC of Southern Africa in eSwatini (Swaziland).  He is currently also a member of the Kuratorium (Advisory Board) of UWC Robert Bosch College in Freiburg, Germany (2013- ) and of the Board of UWC East Africa (2019-).
His other interests in governance since retirement have included membership of the Board of a secondary school, of the College of Further Education, of the Hospice, and of the Primary Care Trust of the National Health Service in the UK coastal town of Hastings (where he lived until 2017). He was also Chair of the Pestalozzi International Village Trust (2009-2019).